It was a snowy day in West Michigan. So snowy, in fact, that schools had been canceled for the day. While many people were bundled up at home, the local police department was responding to a call of an alarm that had been tripped at an elementary building. When the police arrived they found a young body going to each door attempting to get inside his school. When the police officer asked him what he was doing, the young lad looked at him innocently and said, “This is where I get breakfast.”

Sometimes we forget how many of our students get at least one or two meals at their school each day. In my community, 49 percent of Cedar Springs students are eligible for free or reduced lunch, and in the neighboring Kent City schools, it’s 65 percent.

So when I heard about an organization called Hand2Hand that helped organize nutritious food for hungry students to eat on the weekends, I was immediately ready to sign up!

Someone once asked me, “Before agreeing to get Hand2Hand started in our city, did you pray about it?”

“No,” I quickly responded. “I didn’t need to pray about it because I knew Jesus had already said, ‘If you see someone hungry, feed them.’”

Our Hand2Hand program is currently serving 300 students each week!

Think about that—without the generous and faithful support of so many volunteers and donors, 250 students in Cedar Springs and Kent City would be going without adequate food each weekend.

Would you consider helping us?

We have set up a separate website to keep people updated on the current food and volunteering opportunities. We also have a link for online financial gifts. If you would like to make a recurring donation, just $20 per month will provide healthy food for a student for the whole month. Whatever you can do with your time or financial support will be a blessing to so many!

Some of the volunteers that help us week after week 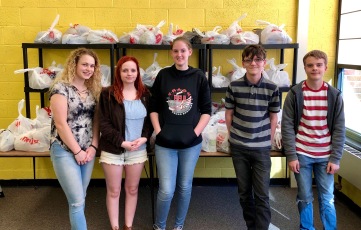 “You see, growing in grace doesn’t mean doing more or greater things for God. True growth comes in doing the same things over and over, with more heart assurance that we’re doing everything for Him.” —David Wilkerson

“As males, we draw sexual gratification and chemical highs through our eyes. If viewing sensual things merely provided a flutter of appreciation for a woman’s beauty, it would be no different than viewing the awesome power of a thunderstorm racing over the Iowa cornfields. No sin. No problem. But if you’re getting sexual gratification, it defiles the marriage bed, and you’re also paying prices you may not even see. A man reaps what he sows. The one who sows to please his sinful nature from that nature will reap destruction (Galatians 6:7-8).” —Steve Arterburn

My neighbor shared this thoughtful quote with me: “What if you woke up today with only what you thanked God for yesterday?”

I love working with ICCF. We have helped on two projects in Cedar Springs already, and a third project is now in the works. Check out the wonderful family we will be helping. And if you would like to help, click here.

China’s expanding military plans are quite alarming. We must remain vigilant!

[VIDEO] Pastor Bobby Conway answers the question: What does it mean to call on the name of the Lord? 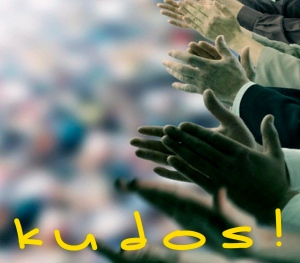 Jerusalem’s walls had been rebuilt, but the city remained empty. Everyone wanted to stay put on their family property; no one wanted to make a sacrifice for the good of the country.

So Nehemiah, the governor of the territory, came up with the fairest solution he could think up―“the rest of the people cast lots to bring one out of every ten to live in Jerusalem” (Nehemiah 11:1). If no one would volunteer, people would have to be drafted to leave their lands and move into the city.

Although this seemed fair, no one was happy about this.

But check out the very next verse―“The people commended all the men who volunteered to live in Jerusalem” (v. 2).

The Amplified Bible says, “The people blessed all the men who willingly offered to live in Jerusalem.”

And The Message says, “The people applauded those who voluntarily offered to live in Jerusalem.”

Here’s a good way to live: Be the one who chooses. Don’t do it for the applause, but the blessing and the commendation will follow your choice.

Do you suffer from any of these? Things that hold us back from serving others.

Dave Barringer shares 10 subtle actions that you should pay attention to in your marriage.

“Let me warn you of second-hand spirituality; it is a rotten soul-deceiving deception. Beware of all esteeming yourself according to the thoughts of others, or you will be ruined. … O I do pray you, do not be satisfied with being persuaded into something like an assurance that you are in Christ, but do know Him—know Him for yourself.” —Charles Spurgeon

“Sinning is believing a false promise from the world above a true promise from God.” Read more in Jared Mulvihill’s post We Should Be Weeping.

Eurasia Northwest has a really cool infographic on the use of healing words in the Bible.

Seth Godin says, “The chances that everyone is going to applaud you, never mind even become aware you exist, are virtually nil. Most brands and organizations and individuals that fail fall into the chasm of trying to be all things in order to please everyone, and end up reaching no one. That’s the wrong thing to focus on. Better to focus on and delight almost no one.” Check out the rest of his post Almost No One.

This same principle holds true for anything else:

It’s easy to obey when the stakes are low. But the more “zeroes” that get added to the amount, the stakes seem so much higher. Am I brave enough to obey then?

This is what tripped up Saul, Israel’s first king. He was supposed to devote everything from the defeated Amalekites to God. “Devote” means a complete and irrevocable giving to God. For the things where the stakes were low, he obeyed. But when he perceived the stakes being higher, he wasn’t so brave –

Saul and his men spared Agag’s life and kept the best of the sheep and goats, the cattle, the fat calves, and the lambs—everything, in fact, that appealed to them. They destroyed only what was worthless or of poor quality. (NLT)

Ironically, because Saul held on to what he thought was valuable, he lost something invaluable: a close relationship with God. His cowardice led to disobedience, which led to ultimate collapse.

What about you? Are you brave enough?