In just seven verses, Jesus tells us how to experience God’s blessing or be prepared to say, “Woe is me!” What a contrast! Check out Luke 6:20-26.

There is a secure reward and eternal blessing for those who—

But woe to those who—

Choices must be made every day. These choices lead to either blessing or woe.

The dialogue in Pilgrim’s Progress is all so rich and meaningful, that it’s hard to pull out “favorite” passages from this book. You can read my full book review by clicking here. Over the next few days I would like to share some of the passages which especially stood out to me this time reading through this classic.

This is part of a dialogue between Faithful, Christian and Talkative—

Faithful: “Well, I see that saying and doing are two things, and hereafter I shall better observe this distinction.”

Christian: “They are two things indeed, and are as diverse as are the soul and the body; for as the body without the soul is but a dead carcass, so saying, if it be alone, is but a dead carcass also. The soul of religion is the practical part. Pure religion and undefiled before God and the Father is this, to visit the fatherless and widows in their affliction, and to keep himself unspotted from the world. This Talkative is not aware of; he thinks that hearing and saying will make a good Christian; and thus he deceiveth his own soul.” …

Talkative: “Why, what difference is there between crying out against, and abhorring of sin?”

Faithful: “Oh! a great deal. A man may cry out against sin, of policy; but he cannot abhor it but by virtue of a godly antipathy against it. I have heard many cry out against sin in the pulpit, who can yet abide it well enough in the heart, house, and conversation.” …

Talkative: “You lie at the catch, I perceive.”

Faithful: “No, not I; am only for setting things right. But what is the second thing whereby you would prove a discovery of a work of grace in the heart?”

Faithful: “This sign should have been first; but first or last, it is also false; for knowledge, great knowledge, may be obtained in the mysteries of the gospel, and yet no work of grace in the soul. Yea, if a man have all knowledge, he may yet be nothing, and so, consequently, be no child of God. When Christ said, Do you know all these things? and the disciples had answered, Yes, He added, Blessed are ye if ye do them.” …

Christian: “You did well to talk so plainly to him [Talkative] as you did. There is but little of this faithful dealing with men now-a-days, and that makes religion to stink so in the nostrils of many as it doth: for they are these talkative fools, whose religion is only in word, and are debauched and vain in their conversation, that (being so much admitted into the fellowship of the godly) do puzzle the world, blemish Christianity, and grieve the sincere. I wish that all men would deal with such as you have done; then should they either be made more conformable to religion, or the company of saints would be too hot for them.”

Today we’re celebrating your 50th wedding anniversary. How blessed I am to have grown up in a home with a Mom & Dad who have loved each other my entire life.

Your example as parents and as a truly happily married couple has been an inspiration for me. What a rich legacy you have passed on to Betsy and me. If we can accomplish even half of what you have, we will count ourselves blessed.

Happy anniversary! I love you bunches! 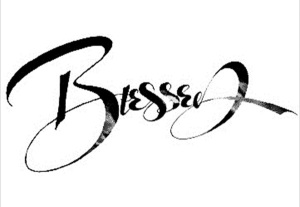 On Friday I had the privilege of sharing the message at our combined Good Friday service, where all the churches in Cedar Springs came together. I talked about the contrast Jesus presents to us from John 16:33. Quite simple it goes like this:

This morning our Easter breakfast drama confronted (sometimes comically) the various conspiracy theories about the death and resurrection of Jesus. Then I shared how the biblical account of Jesus’ resurrection is not only the most plausible, reasonable and logical of accounts, but it is also the only option which gives us lasting hope.

It’s amazing to think that my “job” allows me to speak the words of life, the hope of freedom, the promise of eternal life, the beauty of a relationship with Christ. I am truly blessed and humbled to do what God has called me to do.

The opening words of Psalm 119 describe the end result of going through what I’m calling the P119 Spiritual Workout. In a word: Blessed. In fact this word is so exciting that the Hebrew language uses the emphatic thought here. Bringing that into English means that the first two verses of this chapter both begin…

That’s a wonderful goal, but the next two verses seem to bring us crashing back to earth. In order to enjoy theses heights of blessing we are asked to live like this:

Yikes! Nothing wrong?!? Full obedience?!? No mistakes?!? Even Jesus said, “Be perfect, therefore, as your Heavenly Father is perfect” (Matthew 5:48).

How does that work? Here’s the progression…

Realization of sin → Repentance of sin → Restoration of God’s blessing

The time gap between our repentance and God’s restoration is faster than the blink of an eye… faster than you can even comprehend. What often takes us awhile is moving from realization to repentance. Instead we explain, and justify, and make excuses, and drag our feet.

But a maturing Christian invites the inspection of the Holy Spirit through the reading of God’s Word, and then is quick to realize sin and repent from it. When God restores us, do you know how we appear to Him? PERFECT!!

So realizing our sin, repenting of that sin, and experiencing God’s restoration is the fastest way to live as those who do nothing wrong and who are fully obeying God’s precepts.

Don’t wait any longer: realize and repent, and then experience God’s restoration as you stand perfect in His presence!

I did it! One year and 1095 unique things for which I am thankful. It was a great exercise which I may do again in the future. For now, I’m contemplating how I’d like to handle my next foray into recording areas of gratitude. Below is the original list from November 2009 through November 2010.

I’m attempting to find three unique things every day for one year for which I am thankful. This will total up to 1095 items at the end of the year. If you’d like to try this, you can try to list just one item or two items every day. Otherwise, feel free to follow along with me.