Open Door USA reports that Christian persecution around the world has never been worse than it is now. We must pray!!

Here is a cool story about how God used some praying Christians to save a young girl from sex trafficking.

J. Warner Wallace says, “When [Richard] Dawkins and [Sam] Harris say we, as Christians, believe in something for which there is no supporting evidence, they simply betray their ignorance about the nature of evidence and the way in which detectives and prosecutors build cases.” Check out his post on the evidence that supports the Christian worldview.

Frank Viola has an encouraging word. He says, “If God has called you to a specific work, there is a time in which that work will find its greatest fulfillment and its widest impact.” Please read Your Time Has Not Yet Come.

“Angels might have wept as they saw the folly of men who sought anything except the Lord, Who alone can make a house His temple; Who alone can make a ministry to be a ministration of mercy; without Whose presence the most solemn congregation is but as the herding of men in the market, and the most melodious songs but as the shoutings of those who make merry at a marriage. Without the Lord, our solemn days, our new moons, and our appointed feasts, are an abomination such as His soul hates.” —Charles Spurgeon

“Remember always that religious emotion is only a servant.” ―C.S. Lewis

I love this! Like an experience from the Book of Acts is Pastor Saeed Abedini in his Iranian prison.

As if I needed another reason to respect the work and testimony of Tim Tebow! Yet he is amazing me again with his Night To Shine—a special prom for people with special needs and disabilities. Amazing! Check out this video of the big night…

Then here is an interview with Tim Tebow the night after the big event, reflecting on why he put this together…

The Blood Of The Cross (book review) 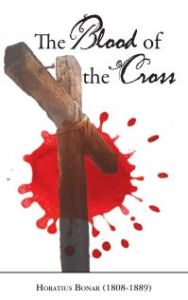 I have been a Christian for a long time, and over the course of my life I have heard countless sermons about the crucifixion and about the work that Jesus Christ did for us on the Cross. But I don’t think that I’ve ever pondered this subject as deeply or as closely as Horatius Bonar does in his book The Blood Of The Cross.

Rev. Bonar starts with the mindset of the Jews who demanded that Pilate crucify Christ, to show how the same attitude exists in all of us who are separated from Jesus. He then tells us why God the Father has a controversy with a guilty world, and what He thinks of the blood His Son shed on the Cross. Then the remainder of the book goes deep into trying to somehow measure the inestimable value that is associated with Christ’s shed blood.

Especially during this Lent season as we prepare our hearts and thoughts to celebrate Christ’s Passion, this is a great book to ponder.