Check All The Boxes 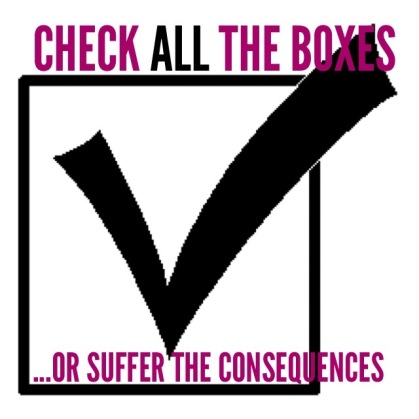 As King Rehoboam ascended Israel’s throne, the people met with him to ask if there could be a change in policies. They stated that Rehoboam’s father, King Solomon, had worked them hard building God’s temple and Solomon’s palace. They asked for a bit of reprieve.

Rehoboam took this suggestion to both the elders who had consulted his father, as well as to his friends that were his own age.

Sometimes the older generation wants to stick with “the way we’ve always done things” because it appears tried and true; they are usually hesitant to make any changes.

Sometimes the younger generation wants to change nearly everything because they think there must be a better way; they are usually anxious to make changes.

Also notice that the elders’ advice was toward servant leadership, while the young men’s advice was toward more top-down, heavy-handed leadership. Although there is no record of either Rehoboam nor his advisers seeking God’s counsel, the elders’ advice is clearly more in line with God’s heart. God spoke through Moses about how He carried (or served) His people (Exodus 19:4), so a reprieve from hard labor would have been more God-honoring.

Sadly, Rehoboam rejected the advice of the elders, making the working conditions even harsher for the people of Israel. This terrible decision had disastrous consequences, as Israel was henceforth split into two nations: Israel in the north and Judah in the south. Rehoboam missed the cues from both the older and younger generations, as well as God’s own example, that could have preserved a united nation.

For our decision making today we have the additional example of Jesus who came not to be served but to serve others, and who gave us a similar servant-hearted command (Mark 10:45; John 13:12–17).

When God-fearing people are facing a key decision, here are three important things to consider:

This is so important—I need a “YES” in all three boxes if I am going to move forward!

If any box is unchecked, I need to seriously re-evaluate making a change. 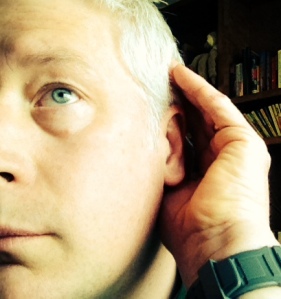 David subdued Israel’s enemies. His son, Solomon, brought Israel incredible wealth and prestige. And his son, Rehoboam, brought it all crashing down.

It’s hard to lead people you don’t listen to! In fact, not only did Rehoboam not lead them, he destroyed a strong, rich, peaceful, united kingdom.

Actually Rehoboam’s problem goes back even earlier. He couldn’t hear his people because he didn’t hear his God—“He did evil BECAUSE he had not set his heart on seeking the Lord” (2 Chronicles 12:14, emphasis added).

If I set my heart fully on God, I can hear His voice.

If I can hear His voice, I can accurately hear others’ voices.

This is the only way to have God-enabled success with people!

Can You Have Too Much Blessing? 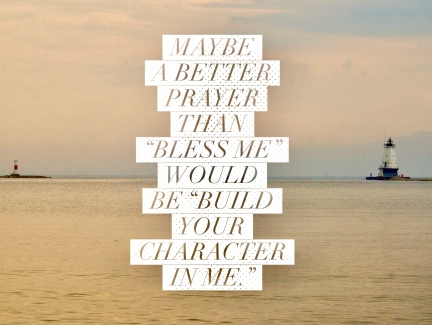 After Rehoboam’s position as king was established and he had become strong, he and all of Israel with him abandoned the law of the Lord.

Notice: When Rehoboam was healthy and wealthy, he abandoned God. When things looked bleak—when the future for Rehoboam was very much in doubt—Rehoboam was “walking in the ways of David and Solomon” (2 Chronicles 11:17). When the Egyptians attacked, Rehoboam and his court officials “humbled themselves before God” (12:6).

Health and wealth derailed Rehoboam, but difficulties kept him close to God.

Maybe a better prayer than “Bless me” would be “Build Your character in me.” Or as it says in Proverbs:

Give me neither poverty nor riches, but give me only my daily bread. Otherwise, I may have too much and disown You and say “Who is the Lord?” Or I may become poor and steal, and so dishonor the name of my God.

The prayer that Jesus taught us to pray is perfect: Give us today our daily bread—no more, no less. That keeps me focused on my Heavenly Father.

No Ear = No Heart 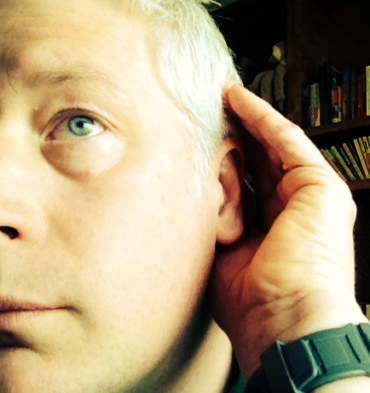 As Rehoboam became king the people asked him to reconsider the working conditions that existed under his father Solomon. Rehoboam consulted with his father’s counselors, who advised him to listen to the people. Then he consulted with his friends, who told him to make the working conditions even harsher. Unfortunately, Rehoboam listened to his friends’ advice.

When all Israel saw that the king refused to listen to them, they answered the king: “What share do we have in David, what part in Jesse’s son? To your tents, Israel! Look after your own house, David!” So all the Israelites went home.

The people didn’t rebel because they didn’t get the answer they wanted; they rebelled because their leader didn’t listen to them. This word for listen means:

The people felt rejected because Rehoboam didn’t listen. In essence, they said,

A leader doesn’t have to give in, nor does he have to give the people everything they ask for. But he does have to listen—truly listen. He has to put himself in their place and feel what they feel.

People will never give a leader their buy-in or support if they don’t feel they have his ear.

No ear of the leader = No heart of the people

Hey, leaders, are you listening? 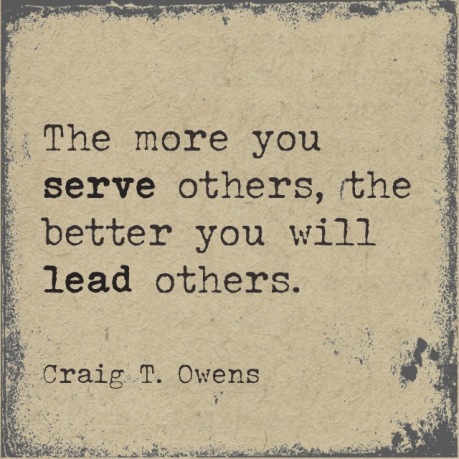 As King Solomon’s son Rehoboam was ascending the throne, he received some wise counsel:

If you will be a servant to these people and serve them and give them a favorable answer, they will always be your servants.

I also like the way The Message paraphrases this same verse:

If you will be a servant to this people, be considerate of their needs and respond with compassion, work things out with them, they’ll end up doing anything for you.

In other words: the more you serve, the better you will lead. Unfortunately, Rehoboam chose to reject this counsel, and his leadership disintegrated.

If you will be a servant [position] and serve [attitude] they will serve you.

This Hebrew word for serve is used quite a bit in the Old Testament. Interestingly, the first five times it is used are all in the agricultural sense: farming the land, tending to the plants, working, waiting, and ultimately harvesting. Leadership is never developed quickly. Servant leaders must be in it for the long haul.

Bottom line: The more you serve others, the better you will lead others. 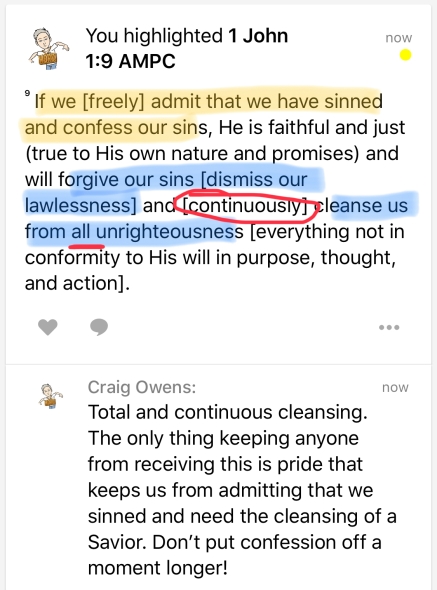 During the reign of King Rehoboam in Judah, God’s judgment fell on the land. Because of their sin against Him, God allowed Shishak, the king of Egypt, to plunder Jerusalem. Shishak carried off all of the valuable furnishings of the temple in Jerusalem.

To replace what had been plundered Rehoboam commissioned the casting of shields made of bronze (1 Kings 14:27). Whenever the king went to the temple, all the guards would carry these shiny shields with them, but then immediately after the king left the temple the guards returned their shields to the armory.

It looked good, but it was all a cheat … an imitation … a cheap trade-off.

Looking back a few chapters we read that not only did Rehoboam’s father, King Solomon, make the original shields out of gold, but he made almost everything out of gold. In fact, the Bible says, “Nothing was made of silver, because silver was considered of little value in Solomon’s days.” If silver was of little value, can you imagine how cheap bronze was?!

The temple is plundered. The gold shields—along with anything else of value—are gone, but there is no outcry from Rehoboam or the people, no repentance for their crimes against God, no anger at their sin that allowed Shishak’s raid.

Instead, Rehoboam wanted to try to keep up appearances.

Isn’t this how many people deal with the plundering of their lives? I know I have at times. It seemed so much easier to try to cover up what was lost because of my sin, than to simply admit I sinned, repent of that sin, and ask for God’s merciful forgiveness.

Sure, Rehoboam still looked like he had his act together. But he knew—every time he was on this way to the temple and saw those bronze shields—that he was living a lie. He accepted a cheap trade-off for the real deal.

I am so grateful that, “If we confess our sins, He is faithful and just and will forgive us our sins and purify us from all unrighteousness” (1 John 1:9).

I’m not going to settle for cheap trade-offs anymore. How about you?