Leaders need to give their teammates permission to try some things, to take some chances.

If they are just standing still, doing nothing, that means there is nothing for you to coach. Let them take some chances and see what happens! You never know when their big swing is going to result in something amazing!

This is a recent clip from our leadership podcast “The Craig And Greg Show.”

This is a weekly series with things I’m reading and pondering from Charles Spurgeon. You can read the original seed thought here, or type “Thursdays With Spurgeon” in the search box to read more entries.

Listen to the podcast of this post by clicking on the player below, and you can also subscribe on iTunes or Spotify. 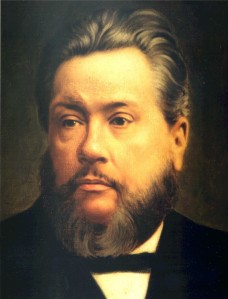 The heathen moralists, when they wished to teach virtue, could not point to the example of their gods, for, according to their mythologists, the gods were a compound of every imaginable and, I had almost said, unimaginable vice! Many of the classic deities surpassed the worst of men in their crimes—they were as much greater in iniquity as they were supposed to be superior in power. It is an ill day for a people when their gods are worse than themselves! The blessed purity of our holy faith is conspicuous, not only in its precepts, but in the character of the God whom it reveals. There is no excellence that we can propose, but we can see it brightly shining in the Lord our God! There is no line of conduct in which a believer should excel, but we can point to Christ Jesus our Lord and Master as the pattern of it! In the highest places of the Christian faith, you have the highest virtue, and to God our Father and the Lord Jesus be the highest praise.

From Forgiveness Made Easy

If you’ve ever studied ancient mythologies, the gods and goddesses of those stories did not live a life worthy of emulation! But Jesus is an entirely different story. Even people who don’t want to acknowledge the deity of Jesus still find His lifestyle worthy of following.

So not only did Jesus say, “Bless those who curse you, pray for those who mistreat you,” but He lived it out. “When they hurled their insults at Him, He did not retaliate; when He suffered, He made no threats. Instead, He entrusted Himself to Him who judges justly,” and said, “Father, forgive them, for they do not know what they are doing.” (See Luke 6:28; 1 Peter 2:21-23; Luke 23:34).

Don’t say, “That person really injured me. It was unfair! I cannot forgive them.” Instead, follow the example of Jesus, the only one who ever lived an absolutely perfect life and yet He was still shamefully mistreated. Peter reminds us that by forgiving His tormenters, Jesus was entrusting Himself to the Perfect Judge—He trusted God to take care of it.

It may seem impossible, but the same Holy Spirit that empowered Jesus to do these things is living in you and He will empower you too. Always, always, always follow the example of Jesus.

Check out some other posts on forgivness by clicking here.