Thursdays With Oswald−Remorse Is Hell On Earth 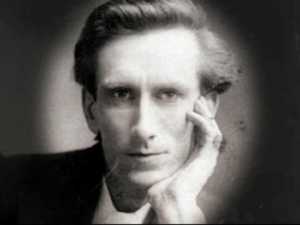 Remorse Is Hell On Earth

Never mistake remorse for repentance; remorse simply puts a man in hell while he is on earth, it carries no remedial quality with it at all, nothing that betters a man.

From Conformed To His Image

I meet people all the time who are sorry for the wrong things they’ve done, and perpetually beat themselves up over those sins. As Chambers says, their remorse has created a hell on earth and it doesn’t do a single thing to help them.

Even a great man like the Apostle Paul felt the hell-on-earth trap of remorse. “I know what the wrong thing is and I don’t want to do it, but I give in and do it anyhow. I say I’m not going to do it again, but I do it again. Oh, what a wretched man I am! (see Romans 7:15-24). That’s where remorse leaves us, and the devil uses that feeling of remorse to condemn us and to imprison us in his hell on earth.

Repentance, on the other hand, is feeling bad for the sin and also asking God to forgive us through the work Jesus Christ did on the Cross—Thanks be to God, who delivers me through Jesus Christ our Lord! (Romans 7:25). As a result of this repentance and forgiveness Paul can then conclude…

So now there is NO CONDEMNATION for those who belong to Christ Jesus. And because you belong to Him, the power of the life-giving Spirit has freed you from the power of sin that leads to death. (Romans 8:1-2)

Remorse imprisons. Repentance and forgiveness are the only things that free us!