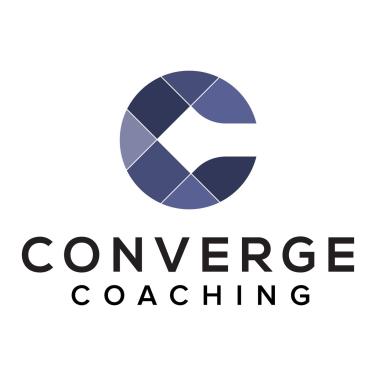 I am so stoked about the “Leading From Alignment” podcast that dropped on September 6! Our conversation was supposed to cover some things from my book Shepherd Leadership but we got into so many other topics.

Check out this fantastic interview on YouTube or Apple podcasts.

“The United States economy endured ten recessions between 1948 and 2001. These downturns lasted an average of ten months apiece and resulted in the loss of billions of dollars. Every five years or so, the economy dumps its suitors and starts over. What would you think of a man who did the same with women? What word would you use to describe a husband who philandered his way through nine different wives over fifty years? And what word would you use to describe wife number ten? How about this one? Fool. Those who trust money are foolish. They are setting themselves up to be duped and dumped into a dystopia of unhappiness.” —Max Lucado, Fearless

That phrase is close to one that is in the Bible, but “close” misses the real meaning. What Paul actually wrote to Timothy is, “For the love of money is a root of all kinds of evil” (1 Timothy 6:10).

That three-word phrase “love of money” is actually just one word in Greek, and it means “friend of silver.”

So too with money. Money keeps the lights on, puts gas in our car, clothes on our backs, and food in our stomachs, it even helps people share the Gospel here and around the world. It’s our attitude toward money that leads us to good or evil thoughts and actions.

In describing people who were a friend of silver, Paul uses phrases like this to describe them: teaches false doctrine … does not agree to sound instruction…and godly teaching … who think godliness is a means to financial gain … want to get rich … eager for money (1 Timothy 6:3-5, 9-10).

In 1923 a group of the world’s most successful financiers gathered at the Edgewater Beach Hotel in Chicago. Together these men controlled more wealth than the United States Treasury! They met together to discuss how they could use their present wealth to gain even more wealth. Their plan was put into place and it began to reap the results they planned: they expanded their influence and their bank accounts.

Then six years later, on October 29, 1929, Black Tuesday happened. The worst day for the New York Stock Exchange ever and the beginning of the Great Depression in the USA.

What about that group of wealthy financiers who wanted more, more, more?

Their friendship with silver—their love of Money—led to their disastrous downfalls.

Jesus said, “No one can serve two masters. Either you will hate the one and love the other, or you will be devoted to the one and despise the other. You cannot serve both God and Money” (Matthew 6:24).

The word Jesus used for “Money” is Mammon: wealth personified and deified. When we make Money our god—Money (with a capital “M”)—we naturally begin to covet what isn’t ours. Nothing satisfies and so we covet to possess more and more and more.

Remember Jesus we cannot serve two masters. If we replace God with Mammon, it is inevitable that we will break all of the Ten Commandments. Has anyone ever made an idol to their Money, or murdered for money, or committed adultery, or stolen, or told lies? They sure have!

Paul described those who worship Mammon this way—

Those who want to get rich fall into temptation and a trap and into many foolish and harmful desires that plunge people into ruin and destruction. For the love of money is a root of all kinds of evil. Some people, eager for money, have wandered from the faith and pierced themselves with many griefs. (1 Timothy 6:9-10)

But those who worship God, Paul described like this—

But godliness with contentment is great gain. For we brought nothing into the world, and we can take nothing out of it. But if we have food and clothing, we will be content with that. (1 Timothy 6:6-8)

Want to know how to check your attitude toward money? When you think about giving God His tithe, or when the Holy Spirit prompts you to give to a missionary, what thought comes to your mind? Do you think, “Ugg, I have to give this” or do you rejoice to say, “Yes, I get to give this”? The answer to that question will give you a really good indication of how much pull Mammon has over your heart.

We all have a choice to make: yield to God or yield to Mammon. But remember only God can give us contentment today and pleasures that last for eternity.

If you’ve missed any of the messages in our series Is That In The Bible?, you can find the full list by clicking here.