I love how often archeological discoveries absolutely verify biblical accounts. Haggai is a great example of this: He so precisely dates his prophecies, which are then corroborated by extra-biblical records from the Medes and Persians.

For instance, check out these specific dates:

(You can check out all of the above referenced verses by clicking here.)

The reason these dates are so important is that they precisely align with the prophecy spoken by Jeremiah BEFORE the Israelites were even taken into exile. God said that they would return to worship in Jerusalem 70 years after their exile (Jeremiah 29:10-14; Daniel 9:1-2). Which is exactly what happened: They were taken into captivity in 586 BC, and the temple was completed in 516 BC!

Haggai’s final prophecy (Haggai 2:20-23) has an unusual ending. It’s unusual in that it doesn’t sound like “The End” that usually ends a book of the Bible. That is precisely because it’s not the end.

God tells Zerubbabel that he is God’s “signet ring,” a mark of God’s supreme authority. Zerubbabel was not the signet ring, but he was a forerunner—a type—of Jesus. 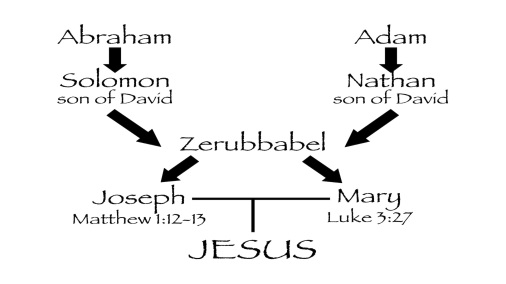 These genealogies are as precise and exacting as the dates for the return of the exiles. God does everything exactly according to plan. He speaks His promises to us, and we can stand on those promises. Jesus is THE Signet Ring that stamps His “Amen” to every promise of God on which we stand.

God is not vague; He is precise. He has a plan for all of history—which is His story—and He has a precise plan for your life too!

So in building on our list from last week, let’s add one more item:

If you’ve missed any of the messages in our series looking at the major lessons from the minor prophets, you can access the full list by clicking here.