7 Ways For Christians To Point Others To Jesus 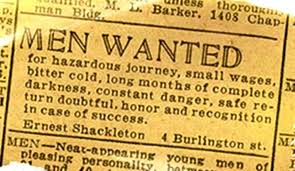 Have you ever had a really bad job? How about a job that you said, “This job is killing me”? They probably weren’t as bad as the job Ernest Shackleton advertised for:

And probably not as bad as the help wanted ad for the Pony Express:

Several times in his letter to Christians, the Apostle Peter tells Christians that living in a Christ-honoring way on earth is going to be tough. So are Christians just supposed to grin and bear it? Are they just supposed to slap a smile on their face and hang on until the end? 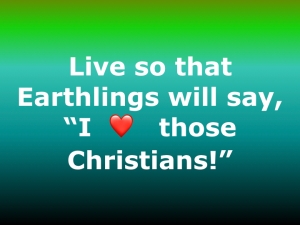 Instead, Peter points out seven ways Christians can live so that they will point others to Jesus.

(you can read all the passages from 1 Peter here)

When the first Christians lived this way, everyone spoke well of them and held them in high regard because Christians…

“Anyone who asks the question: ‘What has Christianity done for the world?’ has delivered himself into a Christian debater’s hands. There is nothing in history so unanswerably demonstrable as the transforming power of Christianity and of Christ on the individual life and on the life of society.” —William Barclay

Bottom line—We need to live so that people will say “I ♥ those Christians!”

If you’ve missed any messages in this series, you may find the complete list by clicking here.