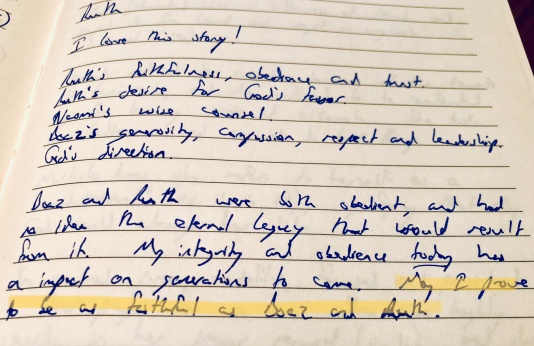 This is one of my all-time favorite stories in the Bible! It’s a story of disappointment, death, heartache, hope, redemption, and legacy.

But mostly it’s a story of unexpected love. It’s a perfect portrayal of God’s redemption, and it’s beautifully lived out by an unlikely heroine and hero: It’s the eternal love story of Ruth + Boaz.

While thinking about this story, I wrote in my journal nearly four years ago, “May I prove to be as faithful as Boaz and Ruth.” Indeed, it’s hard to find better examples!

This story is still teaching lessons to us today. On Mother’s Day, we looked at this love story through the eyes of Ruth, and on Father’s Day, we saw the lessons Boaz lived out for us. 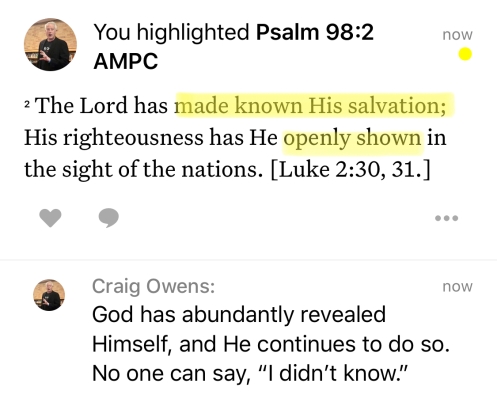 …God has done marvelous things; His right hand and His holy arm have wrought salvation for Him (Psalm 98:1 AMP).

I like The Message paraphrase of this verse too: “Sing to God a brand-new song. He’s made a world of wonders! He rolled up His sleeves, He set things right!”

This psalmist happily extols all of the ways God the Creator has revealed Himself to mankind:

This tells me how fitting it is for us to use all of the sciences—every “ology” to declare God’s greatness: biology, astronomy, cosmology, chemistry, psychology, anthropology, and even theology. All observations point to the glory of God.

“If I swallow the scientific cosmology as a whole (that excludes a rational, personal God), then not only can I not fit in Christianity, but I cannot even fit in science. If minds are wholly dependent on brains, and brains on biochemistry, and biochemistry (in the long run) on the meaningless flux of the atoms, I cannot understand how the thought of those minds should have any more significance than the sound of the wind in the trees. And this is to me the final test. … Christian theology can fit in science, art, morality, and the sub-Christian religions. The scientific point of view cannot fit in any of these things, not even science itself. I believe in Christianity as I believe that the Sun has risen not only because I see it but because by it I see everything else.”

The apostle Paul agreed with this psalmist, telling us that creation itself is enough proof that there is a God. But God went further: He gave us His word, He gave us prophets to remind us of His word, and ultimately, He sent His Son Jesus to earth. Paul concluded that “men are without excuse—altogether without any defense or justification” for refusing to believe in God.

Don’t ever buy into the lie that science and Christianity are incompatible. All of the discoveries of science point to a Creator. We use all of these “ologies” because we never know which one may eventually get someone’s attention.

Famed scientist Sir Isaac Newton noted, “In the absence of any other proof, the thumb alone would convince me of God’s existence.”

Let’s join our minds, our hearts, and our voices in declaring the greatness of our Creator at every opportunity we have!