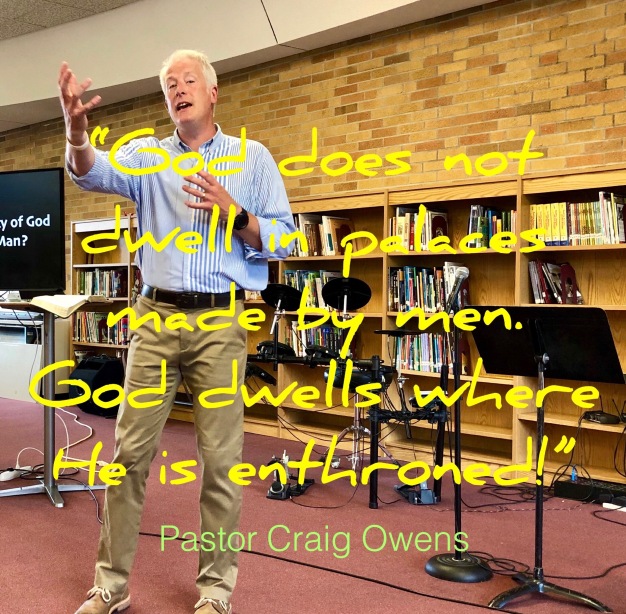 With “LONG LIVE THE KING!” still reverberating in our ears from Psalm 47, the sons of Korah ask us to zoom out a little farther to see how things begin to change now that the King has assumed His rightful place on the throne.

So Psalm 48 opens with the same praise with which Psalm 47 closed—Great is the Lord and most worthy of praise! The Hebrew word for great means massiveness! God is great beyond comprehension. He is larger than any problem. He is unique. He is uncontainable, unlimited, utterly beyond description. His glory is so bright that no sun is needed (see Revelation 21:23).

His glorious light reveals God’s beauty all around us. As C.S. Lewis noted, “I believe in God as I believe the sun has risen. Not because I can see it, but because by way of it I can see everything else.” Indeed, the psalmist reminds us that the city of our God has become “beautiful in its loftiness”(v. 2).

So notice that after the Selah the word “city” doesn’t appear anymore. Instead, we read about:

Here’s the question for all of us to ask—Is my heart a City of God or a City of Man?

God does not dwell in palaces made by men.

God dwells where He is enthroned!

When people look at the “city” of my life, can they tell God is on the throne? The telling characteristics of a City of God are a city where…

I’ll ask it again—Can people clearly see that God is the unrivaled King of your heart?

Join me next Sunday as we continue our look at the Selahs in the Psalms.

2 Responses to “City Of God”