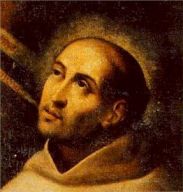 “After a soul has been converted by God, that soul is nurtured and caressed by the Spirit. Like a loving mother, God cares for and comforts the infant soul by feeding it spiritual milk. Such souls will find great delight in this stage. They will begin praying with great urgency and perseverance; they will engage in all kinds of religious activities because of the joy they experience in them. But there will come a time when God will bid them to grow deeper. He will remove the previous consolation from the soul in order to teach it virtue and prevent it from developing vice.” —John of the Cross

Not Playing It Safe

Sometimes I like to think about counterfactual history. That means thinking about the “What ifs” of historical events. What if George Washington had been killed in battle? What if a congressman had voted a different way? And so on.

Here’s one I was thinking about as I read the Book of Acts: What if Paul had prayed, “God, keep me safe”?

Over the last few chapters of Acts, Paul has the opportunity to share the gospel with:

That’s quite an impressive list! But here’s the deal: Paul only got to speak to these high-ranking and influential people because he was a prisoner.

Paul could have prayed for a “safe life.” He could have run away. He could have disobeyed. Instead, he was willing to let God use him anytime, anyplace, anyway. Isn’t the opening line of the Lord’s Prayer? Your Kingdom come, Your will be done.

Is that what I really want?

Or do I want to play it safe?

Phillips Brooks had another thought about how we should pray —

I don’t want to play it safe. I want to be strong enough, obedient enough, and willing enough to let God use me anytime, anyplace, anyway. What about you?