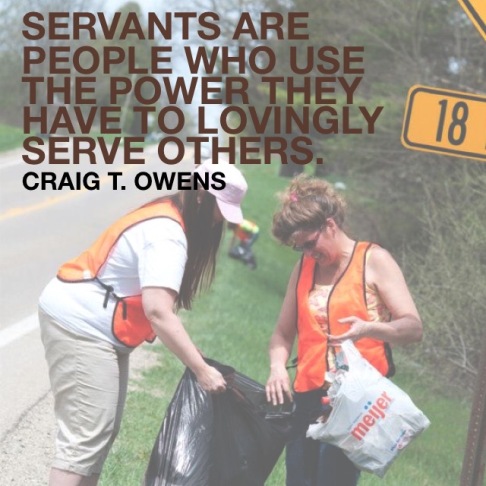 Over the past couple of days I’ve been thinking a lot about something: What does it mean to serve? Or more specifically, what does God say about how we should serve?

Is being a servant the same thing as being a doormat?

He now showed them the full extent of His love…. Jesus knew that the Father had put all things under His power, and that He had come from God and was returning to God; so He got up from the meal, took off His outer clothing, and wrapped a towel around His waist. After that, He poured water into a basin and began to wash His disciples’ feet, drying them with the towel that was wrapped around Him.

Jesus was the most important person in the room: Jesus KNEW that the Father had put all things under His power. He was also the most love-filled person in the room. What did He do with all of His love and power? He served others.

When He finished, John writes that He returned to His place, and asked His disciples a question, “Do you understand what I just did?” Then in the only instance of Scripture where Jesus Himself said this, “I have set you an example that you should do as I have done.”

Servants are people who use the power they have to lovingly serve others.