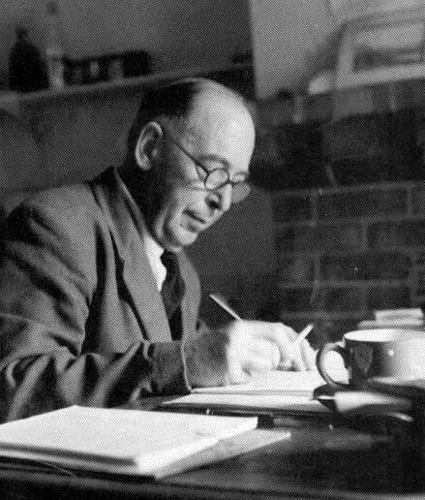 Any day is a good day for some C.S. Lewis quotes!

“To be ignorant and simple now—not to be able to meet enemies on their own ground—would be to throw down our weapons, and to betray our uneducated brethren who have, under God, no defense but us against the intellectual attacks of the heathen.” —C.S. Lewis

“Good philosophy must exist, if for no other reason, because bad philosophy needs to be answered.” —C.S. Lewis

“Do not waste time bothering whether you ‘love’ your neighbor; act as if you did.” —C.S. Lewis

“If you do him a good turn, not to please God and obey the law of charity, but to show him what a fine forgiving chap you are, and to put him in your debt, and then sit down to wait for his ‘gratitude,’ you will probably be disappointed.” —C.S. Lewis

“Good and evil both increase at compound interest. That is why the little decisions you and I make every day are of such infinite importance. The smallest good act today is the capture of a strategic point from which, a few months later, you may be able to go on to victories you never dreamed of. An apparently trivial indulgence in lust or anger today is the loss of a ridge or railway line or bridgehead from which the enemy may launch an attack otherwise impossible.” —C.S. Lewis

“For many of us the great obstacle to charity lies not in our luxurious living or desire for more money, but in our fear—fear of insecurity.” —C.S. Lewis

“The battle is between faith and reason on one side and emotion and imagination on the other.” —C.S. Lewis

“Faith, is the art of holding on to things your reason has once accepted, in spite of your changing moods.” —C.S. Lewis

“And as a matter of fact, if you examined a hundred people who had lost their faith in Christianity, I wonder how many of them would turn out to have been reasoned out of it by honest argument? Do not most people simply drift away?” —C.S. Lewis

“A man who gives in to temptation after five minutes simply does not know what it would have been like an hour later. That is why bad people, in one sense, know very little about badness. They have lived a sheltered life by always giving in. We never find out the strength of the evil impulse inside us until we try to fight it: and Christ, because He was the only man who never yielded to temptation, is also the only man who knows to the full what temptation means—the only complete realist.” —C.S. Lewis