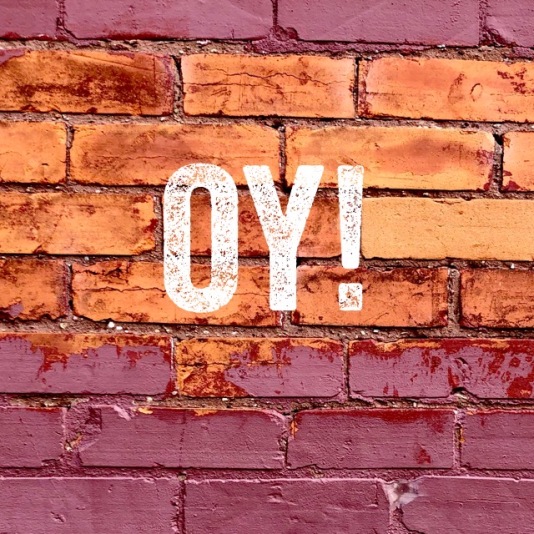 The Hebrew word for “woe” here is the word “oy!” Although the word “woe” appears 20 times in the English translation of Isaiah, the Hebrew word “oy” in only used four times, and two of those times are Isaiah speaking of himself (6:5; 24:16). “Oy!” is a cry from a profound stab of pain from the realization that my sin has transgressed an All-Holy God.

Isaiah saw his own sin (6:5) as well a the sin of his people (3:9, 11), and it took his breath away. He stood trembling before a holy God pleading for mercy and cleansing before he could answer the call to be God’s messenger to the people of Israel (6:5-8).

The other Hebrew word that gets translated into the English word “woe” is “howy.” This is usually uttered from someone in pain because things aren’t going well. It’s a cry of, “Hey! Look! This is painful. This is not good at all.” But unlike “oy” which requires a profound heart change, “howy” can be said with the mouth without any change of the heart.

Isaiah cried, “Oy!” because his sin deserved the punishment of the Righteous Judge, but his heart posture called on God’s mercy for forgiveness and restoration. Because of his cleansed heart, Isaiah could now call, “Howy!” to the people: “Hey, sinful Israel, look at your sin. Look at how you’ve transgressed against God. Feel that pain, then don’t delay, but cry out ‘Oy!’ to Him now, while mercy may still be found.”

Isaiah’s “howy” had the impact of godly integrity because he had first cried “oy” in God’s presence. His “howy” was a call to others to do what he had done: see the holiness of God, see their sin, tremble in fear before an All-Holy God, and then cry “oy” to an All-Merciful God for forgiveness and restoration.

We should do the same thing. When the Holy Spirit convicts you of sin, don’t merely say, “Hey (howy), that hurts!” But say, “Oy! I have sinned, but God is a merciful Forgiver of sin.” Let that stab of pain from the conviction of your sin bring a change in your heart as well as a cry from your lips. God is merciful, and He does forgive.