You Are A Unique Masterpiece

A horn in Hebrew literature is a symbol of strength. The wicked blow their own horn—trumpeting how they are self-made people. Obviously, this God-ignoring arrogance isn’t something God can bless!

What about “the horn of the righteous”? Is there a way to blow our horn so that God is glorified? In a word: Yes!

Check out this short 2-minute video to hear how I describe the right and wrong ways to honor your uniqueness by blowing a righteous, God-honoring horn…

Always remember this—You are God’s grace gift to the world, so you must always strive to blow a God-honoring horn!

If you would like to check out some of the other thoughts I shared about our horns, please click here.

How I Got This Way (book review) 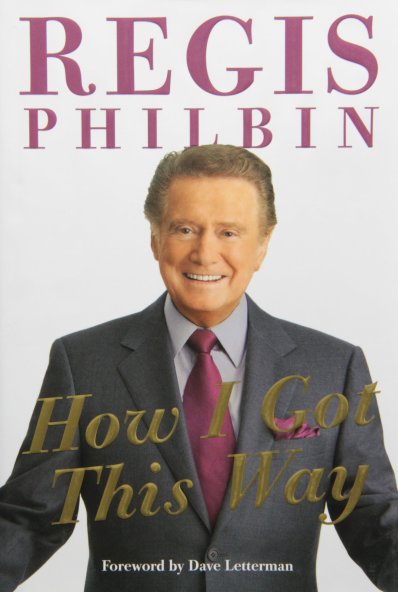 Who doesn’t love Regis Philbin? Even if a morning talk show wasn’t your thing, the personality and professionalism that Regis demonstrated for over 50 years put him in a category all by himself. How did he get this way? He tells us in his entertaining memoir How I Got This Way.

I purchased the audiobook for this one because I love hearing Regis speaking so passionately about those things that fire him up. Although he was mostly subdued in his recording, there were moments that his Irish was up!

This book is presented in a very interesting format, with each chapter being named after a person who had a huge impact on fashioning Regis into the television icon that he became. Some names are readily recognizable, while others would be names known to only a handful of people. Since Regis would stick with this person through all of the years that he knew them, as the book progresses you will begin to see these strands intersecting with other people and forming a comprehensive picture.

This was a delightful book! If you want a behind-the-scenes look at the television industry almost from its very beginning stages, this memoir will more than fit that bill.