All Of HIStory Is His Story

There were the kings who reigned in Edom before any Israelite king reigned (Genesis 36:31). 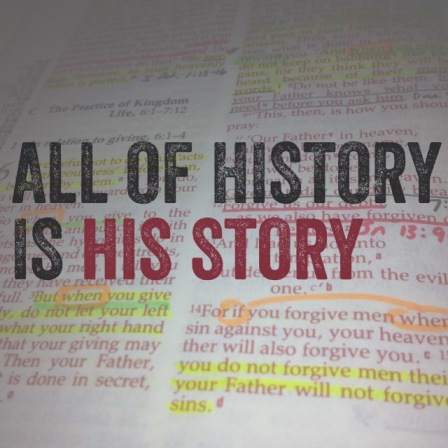 When Rebecca was pregnant with twins, they jostled each other in her womb. God said this was an indication of what was to come of the two nations that would arise from her sons. God also said that the older son would serve the younger son (25:23).

The nation of Edom was a fierce but unstable people. Just take a look at the succession of their kings to see the power struggles at every transition. But eventually, King Saul would war against Edom, and King David would subjugate them—making the prophecy true that the older son served the younger son.

What went into the fulfillment of this prophecy?

Along the way, Esau had a son with his Canaanite wife named Eliphaz. Eliphaz had a child with a concubine named Timna—a son that grew into one of Israel’s most deadly foes: the Amalekites!

Yet all of this was foreseen by God and fulfilled His pre-ordained plan. Once again: All of History is His story. There is never any need for us to worry about turmoil—political or otherwise—because God is in sovereign control… always!

(By the way, this is not an isolated incident. There are countless examples in the Bible of how God’s sovereign plan is fulfilled, despite man’s best efforts to derail it. Check out another example here.)