Interrupted But Not Discouraged 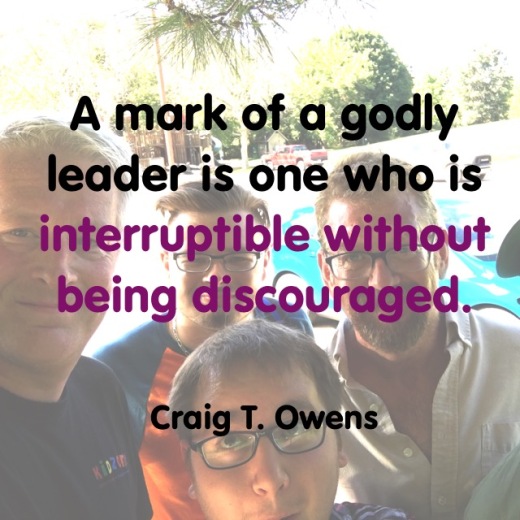 Paul had a desire to visit certain cities to share the Gospel, so he made his plans. But he was careful to add, “if the Lord permits.” He knew from personal experience that God knows best the where and the when.

In fact, the first time Paul came to Macedonia, it was only after he had been blocked from his original plans—

They tried to go to certain regions of Asia, but they were prevented by the Holy Spirit (Acts 16:6).

They headed toward Bythinia, but again the Spirit of Jesus did not allow them to go there (Acts 16:7).

While at Troas, Paul had a vision of a man from Macedonia, so they concluded that God was calling them to preach there (Acts 16:9-10).

Paul made his plans, but he also remained interruptible.

The same principle is true for godly leaders today—

A mark of a godly leader is one who is interruptible without becoming discouraged.

This is part 39 in my series on godly leadership. You can check out all of my posts in this series by clicking here.