John Maxwell says, “Most teams don’t naturally get better on their own. Left alone, they don’t grow, improve, or reach championship caliber. Instead, they tend to wind down.” Read more in 4 leadership styles that trigger peak performance.

“There are some things which I feel I might do, as far as I am concerned, which I believe I might do without suffering any personal hurt, but which I would not do for your sakes and which I dare not do for the sake of many who would take license from my example to do a great deal more than I would do, and would make me the horse on which they would put the saddle of their sin. … The ill example of a Christian is ten times worse than that of one who is not a Christian, for if I see a sinner commit sin, his example is poison, but it is labelled. The inconsistent life of a Christian is unlabelled poison, and I am very likely to be injured by it.” —Charles Spurgeon 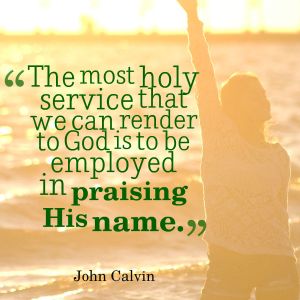 “There are a thousand passages, and a thousand testimonies, all bearing on the one Cross, the one propitiation, the one Lamb of God, the one blood, the one sacrifice. Any one of these testimonies in the hand of the Holy Spirit can pour in gladness into the soul. … Gloom dishonors God; joy honors Him. It speaks well of Him, and shows man what a God of goodness and grace He is.” —Horatius Bonar