Politics In The Pulpit 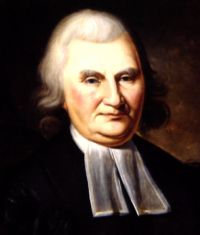 Is there right time to address politicized topics from the pulpit? I believe there is, but I believe we must make sure we’re not promoting our opinion but standing up for biblical principles.

Pastors were pivotal in swaying public opinion prior to the American Revolution and in the abolition of slavery in the United States. One pastor that spoke forcefully and biblically about the independence of the thirteen colonies was John Witherspoon—

“If your cause is just—you may look with confidence to the Lord and intreat [sic] Him to plead it as His own. You are all my witnesses, that this is the first time of my introducing any political subject into the pulpit. At this season however, it is not only lawful but necessary, and I willingly embrace the opportunity of declaring my opinion without hesitation, that the cause in which America is now in arms, is the cause of justice, of liberty, and of human nature.”

Commenting on the decision of Rev. Witherspoon to address this topic from the pulpit, theologian T.M. Moore wrote—

“Preachers tend to stay away from sticky moral and political issues, simply because they know it riles up certain folks for them to do so. Witherspoon spoke out in his day because the cause of the nation was just. But so many unjust causes are afoot in our nation at the moment, that for pastors not to speak up and equip their people to understand the times and know what we as communities should do, is not only a betrayal of our Founders, but a betrayal of their calling and of the Word of God (Ezek. 33).”

That’s a strong statement: Pastors that don’t speak out on the immoral issues of our time are betraying their calling. I tend to agree with him. What do you think? Is there a time and place for politics in the pulpit?