And David shepherded them with integrity of heart; with skillful hands he led them (Psalm 78:72). 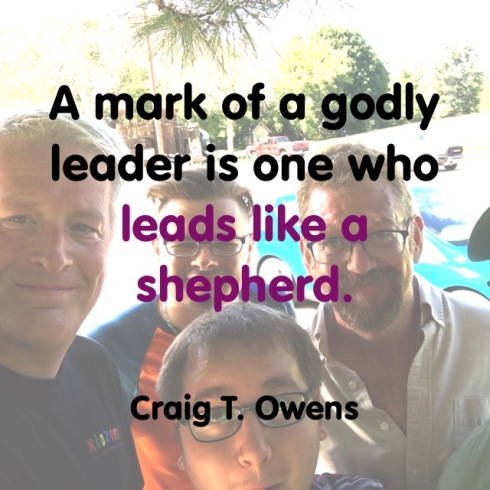 The most powerful king Israel ever had is applauded for leading his people with integrity and skill like a shepherd. Not as a warlord, not as a kingdom builder, not as a musician and songwriter; but a lowly, unassuming shepherd.

A mark of a godly leader is one who leads like a shepherd.

A shepherd is known for these qualities—

—shepherds don’t see their sheep as a mass, but know each and every individual by name.

—shepherds lead their flock by walking in the middle of the group so that they can be as close to as many sheep as possible.

—shepherds are attentive to the particular needs of the young, the sick, and the elderly.

—shepherds lay down in the dirt to protect any places vulnerable to a predator’s attack.

—shepherds find the best food and water possible for their sheep.

—shepherds search for any sheep who have strayed away.

—David shepherded the people of Israel just as he himself had been shepherded by God.

This is an invaluable lesson every leader should learn!

This is part 30 in my series on godly leadership. You can check out all of my posts in this series by clicking here.

UPDATE: This post was one of the seed thoughts that went into fashioning my book Shepherd Leadership: The Metrics That Really Matter.