Live Dead is not for the faint of heart. Nor those who don’t want their regular routine disturbed. Nor those who like the status quo. Nor those who want life to be comfortable. But if your desire is to allow God to use you anyplace, anytime, anywhere, this just may be the resource you’ve been looking for.

Live Dead takes its name from the scriptural principles of considering everything in our lives dead so that we can live for Christ. This journal is compromised of 30 days of thought-provoking devotional material from those who are living dead. Namely: missionaries who are living in remote, unfriendly places, in order to take the Gospel of Jesus Christ to unreached and unengaged people groups.

Each day you will get a glimpse into their personal lives, the sacrifices they have made, and the joy they have discovered in living dead. And you will be confronted on how you too can follow them in living dead. Not everyone will hear God calling them to move to a foreign land to share the love of Jesus, but I believe everyone who takes this month-long journey will hear God calling them to live dead right where they are.

I’m glad I took the 30-day challenge, and I encourage you to do so as well. You can order live dead materials, including this journal, from their website. And if you live near Cedar Springs, MI, you can join me at Calvary Assembly of God as I teach a series based on this book during the month of February 2012. 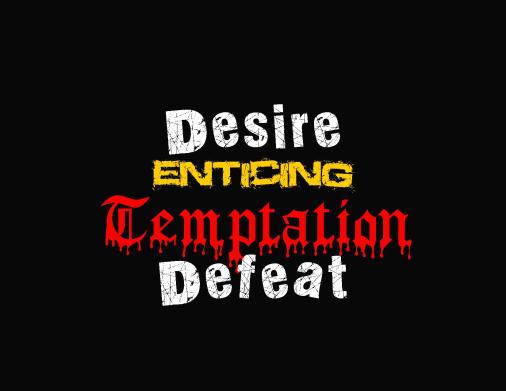 In probably the best known prayer, the one Jesus taught us to pray, there is a line I have breezed past way too many times without thinking more about it. It says, “And lead us not into temptation, but deliver us from the evil one” (Matthew 6:13).

This prayer is addressed to our Heavenly Father, the One Who is all-loving and all-powerful. God loves us and He gives us His power. Even power to defeat temptation.

This line of prayer is really saying, “God, please don’t bring me into battle with a temptation I’m not ready to face. Help me to be ready to overcome that temptation when it comes” (see 1 Corinthians 10:13; James 1:13-17).

In my mind, proactive is way better than reactive!

Check out what John Bunyan learned about this—

“…I did not, when I was delivered from the temptation that went before, still pray to God to keep me from the temptations that were to come; for though, as I can say in truth, my soul was much in prayer before this trial seized me, yet then I prayed only, or at the most principally, for the removal of present troubles, and for fresh discoveries of His love in Christ, which I saw afterwards was not enough to do; I also should have prayed that the great God would keep me from the evil that was to come. …This I had not done, and therefore was thus suffered to sin and fall, according to what is written, Pray that ye enter not into temptation. And truly this very thing is to this day of such weight and awe upon me, that I dare not, when I come before the Lord, go of my knees, until I entreat Him for help and mercy against the temptations that are to come; and I do beseech thee, reader, that thou learn to beware of my negligence, by the afflictions, that for this thing I did for days, and months, and years, with sorrow undergo.”

What would happen if the next time you are facing a temptation you could say, “Hello, temptation! I’ve already prayed about you, and my Heavenly Father has already given me strength to defeat you”? Don’t you think you would be much more successful? I do!