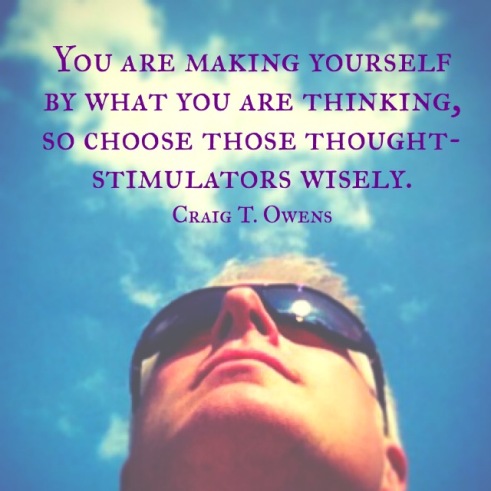 These are my “raw notes” from The And Conference. If anyone wants to add on, modify, or delete, please feel free.

Cultural differences – imagine numbers 1-4 as barriers to even starting a conversation (m1-m4).

In western culture we’re pushing more toward m3 or m4. In fact, the gap between m0 and m1 is shrinking.

Our idea of church is 17 centuries old (tracing back to Constantine), so there is a HUGE assumption we’re making when we think “church.” From m0 to m1 is the church’s current domain. No cultural barriers have to be crossed. However, much of culture is in m3-m4.

Most people feel good about God, Jesus, and spirituality. However, there are negative feelings about “church.” Most people remember or focus on only three things in their “perceived set.” Marketers try to get their product/service in that perceived set.

Jesus, yes; church, no. Kind of like iPhone, yes; AT&T, no. But now the Apple logo on the iPhone reminds people of AT&T.

The dechurched have been inoculated against the church.

Dream out-loud at high volume about what the church could be!

“As the Father sent Me, so I send you.” How did the Father send Jesus? He stepped into culture, He lived in the culture and spoke to people out of culture. Church should come out of mission, not mission out of church. Just like the Acts church didn’t require Gentile believers to adopt Jewish practices. So we don’t plant churches, we plant the Gospel and let the church grow out of that.

The Bible doesn’t know the difference between “clergy” & “laity.” Why do we persist in putting people in these categories?

“Apostolic” is the Greek version of the Latin “missional.” We need an apostolic environment to take movements to a place of spontaneous expansion. The apostle is a catalyst to growth.

Paul then teaches. He is the custodian of the movement’s DNA. He is also the guardian of the purity of the DNA.

An “apostle” is not an apostle if it’s a top-down leadership. An apostle is a servant leader.

Leadership is a calling within a gifting. APEST gifts are given to everyone, but some are called to be leaders within their gifting.

APEST gifts carry more of a vocational weight. Gifts of the Spirit are more of empowerments for the moment. The gifts of Romans 12 are motivational/paradigmal gifts.

Re-Jesus = a renewed focus on full Christology: most of our focus is on the Cross, resurrection & return. We need to include Incarnation & His life among humanity. We make Him Savior, but not Lord.

Re-mission = who God is must determine what the church does.

Re-organize = missional churches are responsive to the world around us. Our churches must be organized to be nimble.

Every new term that comes out tells us we’re doing church wrong. So Tim says “Missional schmissional!” and “Attractional schmactional!”

Most churches are defined as “Come to us.” But this only works for <40% of people. People are still “spiritual,” but they don’t like “church.”

Do we attract the unchurched 60% OR missionalize the churched 40%. How about BOTH-AND? We have to help the 40% reach their 60%.

We can still say “Come and see,” but emphasize “So that” = “Come and see what Jesus does so that you can tell others.”

There is no one-plan-for-all method for churches to do BOTH-AND. Each church must discover what works for them in their community.

Linear thinking is how our brains process info. That’s why telling stories with a plot twist is so powerful. Like when Jesus said, “You have heard… but I tell you….” Twists get people’s attention.

People in the world have had their imaginations devastated by culture who says love is conditional. When we talk about God’s unconditional love, it’s a plot twist they never imagined.

We have a mandate to do something beautiful. Beauty awakens imaginations to see God’s love. Like sympathetic vibrations: God’s beauty begins to resonate and awaken imagination.

“The church is God’s imagination to the world.”

What can we do for those who won’t come to church?

How to create a missional culture: (1) Ordain every member; (2) Lead with a “Yes”; (3) Make heroes of everyday people.

Saying “Yes” doesn’t mean funding the project or even announcing the project. It just means giving people permission to reach out.

Business paradigm that makes money but not movements: say “No” to anything that you haven’t fully researched.

We can’t have “professional Christians” that do ministry & those that only receive ministry.

Christianity today needs to look like what we see in Acts.

What if instead of attracting new people to church, we released current attendees to do ministry?

Small group success = seeing & addressing a need in the community. “Nothing builds community better than mission. When we aim at community, we may get it. But when we aim at mission, we get that and community too.”

Need to share success stories and failure stories. This creates a culture that let’s everyone know that it’s okay to try.

We need to redefine “disciple” because now we define them as “church attendee.”

Two categories: missional and sojourners. Missional people prepare the way for sojourners to become missionals by making the Kingdom of God tangible.

A better definition of disciple is apprentice. An apprentice is learning by doing; they’re hands-on.

Second decision environment = people choose to get more involved. For example, Sunday morning attendance is a first decision; a small group is a second decision.

Barriers to discipleship: individualism, consumerism, materialism. To overcome these barriers, Jesus put people in a place of tension. This typically can’t take place in a first decision environment.

Other ways to address these barriers: modeling, confrontation, action/reflection.

“Every member is a minister.” —Mark Beeson

Do we have to see church as institution and church as movement as opposites? Or co-existing? Genius of BOTH-AND!

2 Responses to “Thinking About And”