Is It Selfish To Pray For Success At Work? 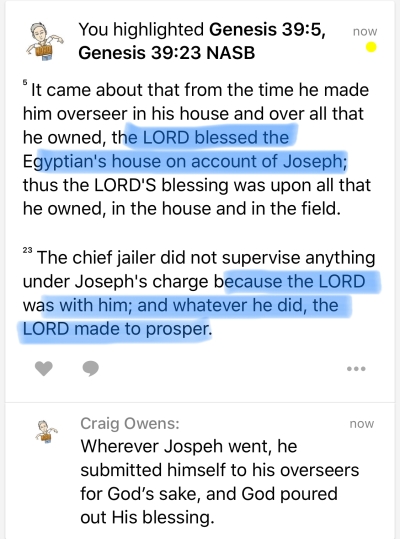 “Dear Lord, I pray that You will help me be successful on my job today. Help me to make that sale [close that deal, get the promotion, earn the raise]. Bless me today. Amen.” All over the world today people at work are praying something similar to this. Does God notice? Is this a prayer God wants to answer?

I’ve been thinking about this a lot lately. I’ve been wondering if asking God to bless my sales efforts is praying a selfish prayer.

That well-known prayer by Jabez sounds very similar, doesn’t it? “Oh, that You would bless me and enlarge my territory!” This prayer must have pleased God because the verse ends with, “And God granted his request.”

In the life of Joseph, the phrase about his on-the-job success is repeated again and again. First in Potiphar’s house, and then in prison, and then in the royal court we see the phrase “Joseph prospered” (for those of you keeping track at home, that means Joseph was a success at the office). We don’t see Joseph praying for this success, but we see him walking in it nonetheless.

But here’s the key component: it’s all about your heart attitude. In other words, it’s all about how you intend to become successful and what you plan to do with your success.

Jabez wanted to be successful so he wouldn’t be a burden to anyone else. He asked God to give him success in a way that benefitted others. So, too, with Joseph: at every mention of Joseph’s success there is a corresponding phrase like, “The Lord was with him” or “The Lord gave him success in everything he did.”

Do you want success on the job? Go ahead and pray for God to “enlarge your territory” or help you to “prosper.” Then do things God’s way, and be sure to give Him the credit for your success. I believe that God wants to give you more and more on-the-job success so that He is glorified, and so that others around you recognize God’s provision.

Keep praying for success. I’m praying that for myself and for you too.

4 Responses to “Is It Selfish To Pray For Success At Work?”