Modern-day scientists want to exclude the very mention of God from anything. This is not science, but scientism. It is a belief system as surely as any religion is.

But the one thing scientism overlooks is the reliance on God that the greatest scientific minds in the world had. 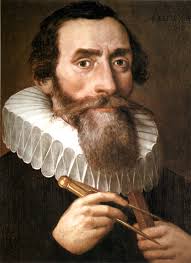 “Oh You who through the light of nature has aroused in us a longing for the light of grace, so that we may be raised in the light of Your Majesty, to You, I give thanks, Creator and Lord, that You allow me to rejoice in Your works. Praise the Lord you heavenly harmonies, and you who know the revealed harmonies. For from Him, through Him and in Him, all is, which is perceptible as well as spiritual; that which we know and that which we do not know, for there is still much to learn.” —Johannes Kepler, the astronomer who discovered the laws of planetary motion

“Nevertheless, all the observations which could possibly be made in so short a time, I was enabled, by Divine Providence, to complete….” —Jeremiah Horrox, astronomer who used Kepler’s principles to chart the orbit of Venus 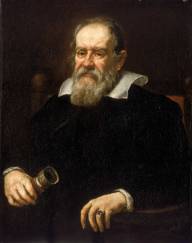 “All these facts were discovered and observed a few days ago by the help of a telescope devised by me, through God’s grace first enlightening my mind.” —Galileo Galilei, mathematician, philosopher and astronomer

“I do not feel obliged to believe that the same God who has endowed us with sense, reason, and intellect has intended us to forgo their use.” —Galileo Galilei

“In the absence of any other proof, the thumb alone would convince me of God’s existence.” —Sir Isaac Newton, physicist and mathematician

“Gravity explains the motions of the planets, but it cannot explain who set the planets in motion. God governs all things and knows all that is or can be done.” —Isaac Newton

“This most beautiful system of the sun, planets, and comets, could only proceed from the counsel and dominion of an intelligent and powerful Being.” —Isaac Newton

“We are compelled to acknowledge the effect of a cause; chance alone could not have given a form nearly circular to the orbit of all the planets.” —Pierre Simon, one of the fathers of the scientific revolution