The Prophet Almost Blew It 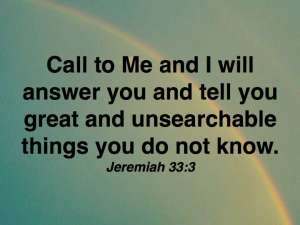 Samuel had anointed Saul to be the first king of Israel, but Saul’s disobedience led to God’s rejection of him as the king. God dispatched Samuel to anoint the next king of Israel, and that’s when Samuel almost blew it.

God knows what He’s doing. He has a purpose and a plan, and He invites us to be a part of it. So when God sent Samuel on his mission, He gave him very specific instructions, “I have chosen one of Jesse’s sons to be king. I will show you the one I have chosen” (1 Samuel 16:1-4).

That seems clear enough, but Samuel’s mistake is often our mistake: we think we can figure out what God is doing, and then we rush ahead of Him.

When Jesse’s oldest son Eliab appeared, he was a tall, handsome man. Samuel knew that the next king would be one of Jesse’s sons, and when he saw Eliab he thought to himself, “Surely this is the one” (v. 6). One problem: Eliab wasn’t the one.

God told Samuel, “You are looking with your eyes and can only see the things on the surface. I don’t look like you look; I see the way things really are” (v. 7). In other words, God has a discernment that we don’t have.

Here’s great news: God wants to give us His discernment! But we need to ask Him for it—

Call to Me and I will answer you and tell you great and unsearchable things you do not know. (Jeremiah 33:3, emphasis added)

One thing that stands out to me in this story is how many times it says, “The Lord said.” God is always speaking to us, but are we listening? If not, we’re missing out on His vital discernment.

There is an important link between reading the Bible and getting God’s discernment. That’s why the Bible is more than a Book to read, it’s a Book to pray! A.W. Tozer said it this way—

Don’t make the mistake that Samuel almost made. Read the Bible, pray the Bible, and you will be amazed at how much discernment God gives to you.

I will be continuing our series on prayer—If You Will Ask—this Sunday, and I hope you can join us!