The Work Of A Preacher

Rev. John Venn was a key member in the Clapham Sect, a group of devout Christian reformers in England, alongside William Wilberforce. These wise words should be well attended to by all pastors— 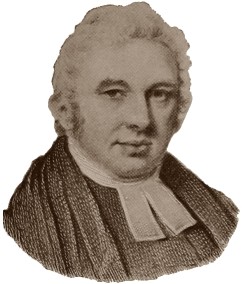 “Were the work of a preacher indeed confined to the delivery of a moral discourse, this would not be an arduous task. But a Minister of the Gospel has much more to do. He will endeavor, under Divine Grace, to bring every individual in his congregation to live no longer to himself, but unto Him who died for us. But here the passions, prejudices, and perhaps the temporal interests of men combine to oppose his success. It is not easy to obtain any influence over the mind of another; but to obtain such an influence as to direct it contrary to the natural current of its desires and passions, is a work of the highest difficulty. Yet such is the work of a Minister….

“We have to convey unpleasant tidings; to persuade to what is disagreeable; to effect not only a reformation in the conduct of men, and a regulation of their passions, but, what is of still higher difficulty, a change in their good opinion of themselves.  Nay, further we have not merely to ‘wrestle against flesh and blood but against principalities and powers, against the rulers of the darkness of this world, against spiritual wickedness in high places.’ ‘Who is sufficient for these things?’ For this office the Christian Minister may in himself ‘have no resources above those of any of his congregation,’ their weaknesses are his weaknesses, he must therefore undertake his work in weakness, fear and much trembling, but knowing that it may yet be effectual, for it is in weakness that Christ’s strength is always made perfect.” —John Venn (1759-1813)